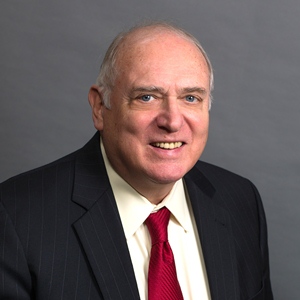 Howard Rohm is the Founder of Strategy Management Group (SMG). He is a performance management trainer, consultant, and technologist with over 40 years’ experience. Howard has trained over 3,000 strategic management professionals from over 50 countries and helped dozens of organizations worldwide build balanced scorecard and other performance planning and management systems.

Howard developed SMG’s Nine Steps to Success™ scorecard methodology in 1997, and his award-winning balanced scorecard and performance management systems have been adopted by Federal agencies, governments and ministries, business and industry, and nonprofit organizations worldwide. Clients include an office of the U.S. Congress, several offices of the United Nations, international non-profit associations such as Susan G. Komen for the Cure, LifeNet, and the The National Marrow Donor Program®/Be The Match Registry®, the Ethiopian Ministry of Health and the government of Botswana, government and defense entities such as the Mecklenburg and Douglas Counties, the City of Newark, Canada Passport Office, the U.S. Departments of Justice and Interior, the U.S. Air Force, Army, Navy and Marine Corps, and major businesses such as Household Mortgage Services, the Bank of Jamaica, Fannie Mae, CISCO, Constellation Energy and many other organizations..

Howard has experience as an operations research analyst, a strategic planner, and a management consultant. He held senior positions with several companies, including Booz, Allen & Hamilton, and at several Federal agencies, including several years as the Executive Director of the Advanced Nuclear Reactor Research and Development Program at the U.S. Department of Energy. Howard was one of the authors of the first National energy plan, in 1976, and worked on several White House nuclear non-proliferation studies in the 1970’s and 1980’s.

He has taught and lectured at five colleges and universities, including the Federal Executive Institute. Howard has undergraduate and graduate engineering and management degrees from Iowa State University and George Washington University, respectively, and he is listed in Who’s Who Worldwide.

Howard is a Certified Performance Technologist (CPT), a Certified Strategic Management Professional (SMP) Pioneer, and a Balanced Scorecard Master Professional (BSMP). He co-authored the Institute Way: Simplify Strategic Planning and Management Using the Balanced Scorecard, and the Strategy Professional Resource Center’s Association for Strategic Planning SMP/SPP/SPA Certification Exam Study Guide.  He is a winner of a team Hammer Award for his work on government performance reform (given by Vice-President Al Gore’s National Partnership for Reinventing Government), and received a Presidential “1000 Points of Light” award for community service from First Lady Barbara Bush at a White House ceremony. He was awarded a Triangle Top 50 Entrepreneur award by Business Leader magazine (Raleigh, NC). Howard is on the Association for Strategic Planning Board of Directors and helped create the Associations Body of Knowledge for professional strategic planning and management certification.